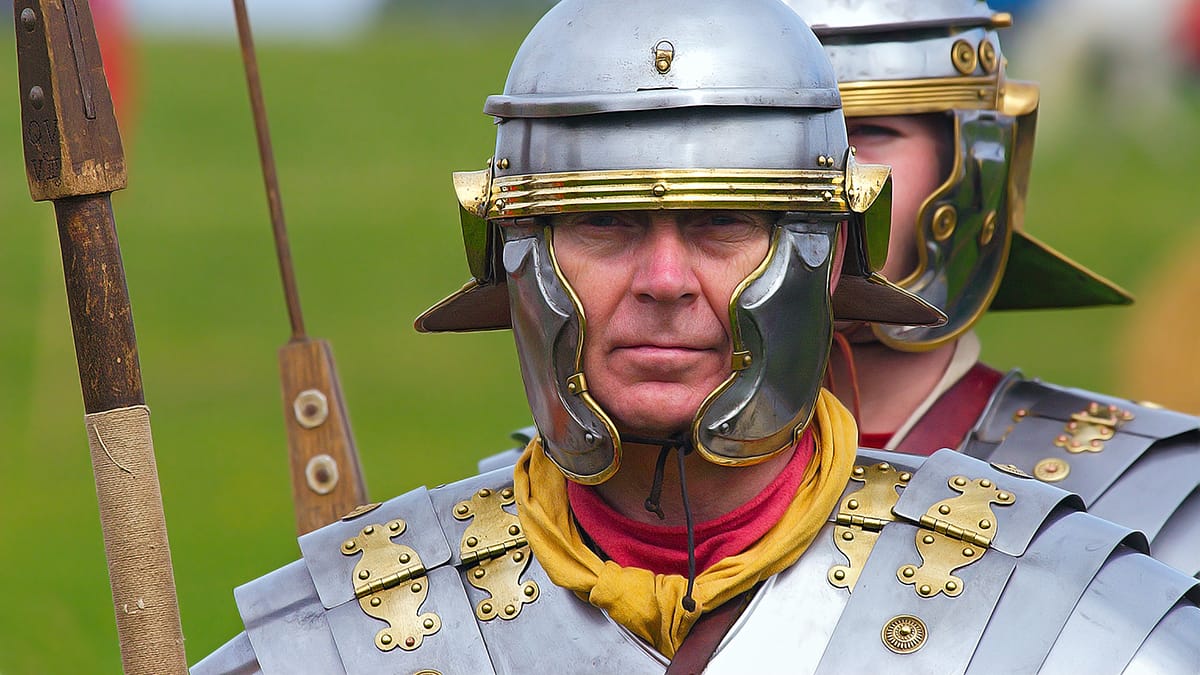 The military might of the Roman Empire turns upon itself.

And when he had opened the second seal, I heard the second beast say, Come and see. And there went out another horse that was red: and power was given to him that sat thereon to take peace from the earth, and that they should kill one another: and there was given unto him a great sword.

Rome is plunged into internal bloodshed, division, and decline. The influence and power of the army over the empire is increased. The stability and peace of the former era are removed.
The white horse and its conquering rider gives way to the red horse of civil war. The internal peace and prosperity of the era of the Five Good Emperors came to an abrupt end in the reign of the emperor Commodus. His “brutal misrule” and subsequent assassination plunged the empire into chronic civil war. During this time the power of the army was greatly enhanced. Rival armies and factions placed and replaced emperors on the throne. 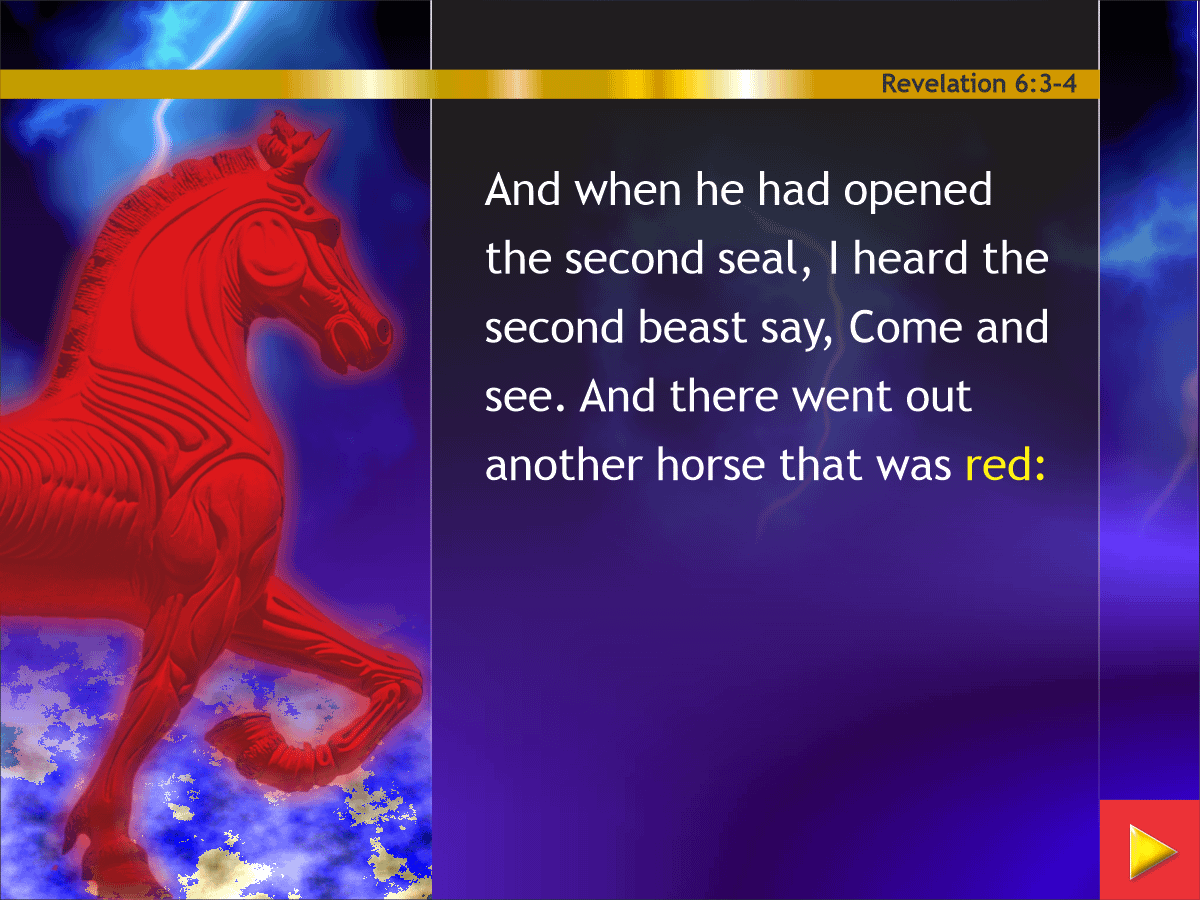 The Second Seal shows a change in the colour of the horse representing the Roman Empire, and a different rider in control. 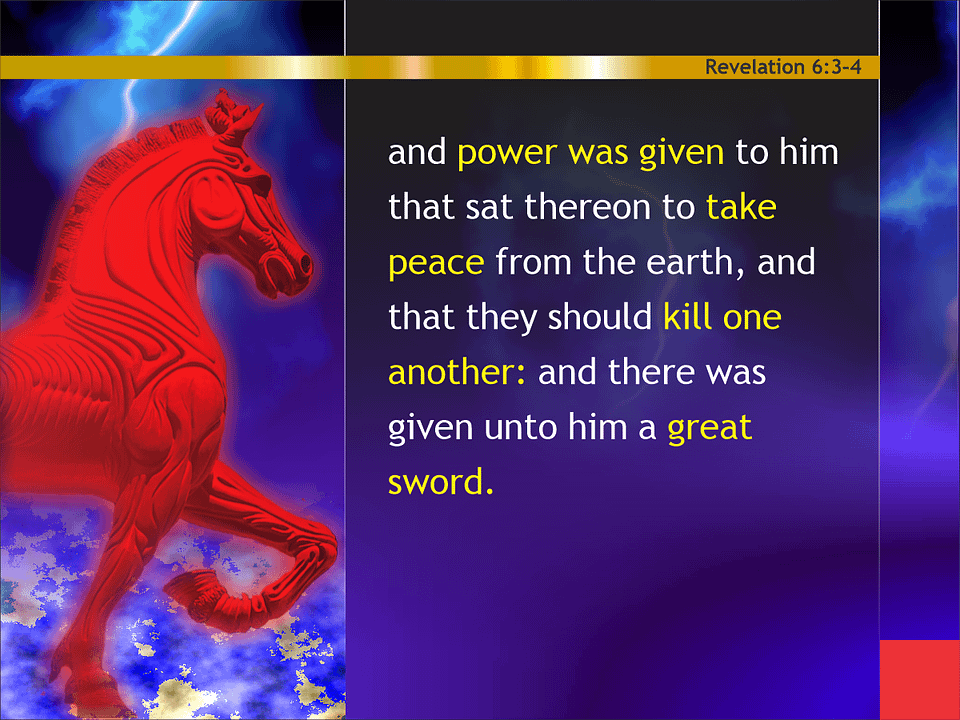 The character of this red horse and rider is completely different from the first. Clearly the rider, or dominating influence, controlling the horse or empire at this time brought bloodshed. The note that peace was taken from the earth (or land) indicates that the previous seal was a time of peace (internal peace within the empire). That they should now kill “one another” indicates civil war (as opposed to war “conquering” enemies in the previous seal).

The Greek word for sword here indicates a small sword. The Roman army not only used a short sword, but its legates and other officers also carried a smaller sword as a badge of authority. The “great sword” of the vision was then a greatly enlarged small sword – an indication that the power of the sword, or of those who held it, had grown disproportionately, resulting in factions and peace being taken from the Empire. The historian Gibbon discussed the “power of the sword” in reference to the period, and spoke of the things that “contributed to increase the dangerous power of the army”.

The period of civil war that followed the Five Good Emperors continued until the time of Diocletian.

Note here that the previous period (that under the First Seal) is described as a time of stability and prosperity. Commodus seems to have changed, and fallen into insanity, after an assassination attempt upon him.

The change from glory days to civil war is abrupt. The impression of the character of the First and Second Seals reflects this clearly.

The inordinate influence of the military – represented by the rider and his “great sword” being given power – controlled the empire at this time.

Note again the contrast between the current period and the previous one (“the virtue of the Antonines” – the last two of the five good emperors).

Note the reference to the “ruling character” of the period. The visions of the first four seals consist of a horse representing the empire, and the rider, or ruling influence in control at the time. The “ruling character” or rider of this period was “dreadful military despotism”. The colour of the horse indicates the effect of the rider upon it – in this case, red, the colour of blood.

E.B. Elliot, 1862, Fifth Edition
The standard Historicist work – a detailed and thorough exposition in four volumes
Download the book
The First Seal
The Third Seal
Return to top of page