We are saved by faith, but not the way many think 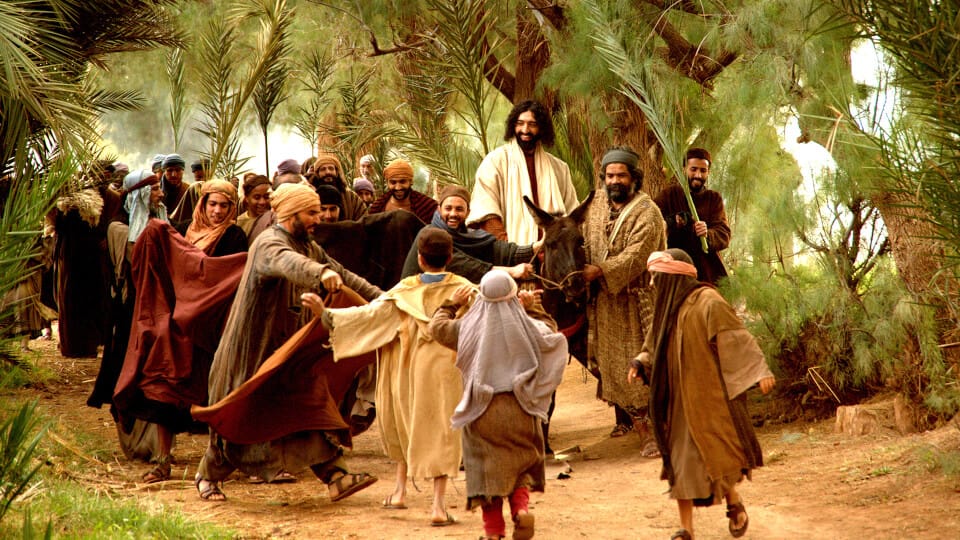 But without faith it is impossible to please him: for he that cometh to God must believe that he is, and that he is a rewarder of them that diligently seek him.

If we don’t believe God exists, we won’t seek him. If we do believe God exists, but don’t believe he will respond in any positive way, we have no reason to seek him. The belief that pleases God is a belief that God not only is, but that he is good, he is right, and he will help. This belief pleases God, because God does want to help, and does want our friendship. It implies trust in God and in his good nature.

This kind of belief triggers a further response from us. It inspires us to "diligently seek him". This is key to understanding how we are saved through faith – or even healed or helped through faith. Being saved through faith is a biblical truth, but one that is widely misunderstood. Saving belief in God means more than a simple recognition that there is a Creator, or that his Son is Jesus the Christ. Can such belief save us? It depends. If we act on that belief, as the scripture directs, then yes, ultimately it can and will. If we do not act on that belief, however, then no, it won’t. Faith only saves when it results in action. To mentally believe that Jesus is the Son of God, and do nothing about it, is dead belief. Dead belief does not help. Dead belief does not save.

Thou believest that there is one God; thou doest well: the devils also believe, and tremble. But wilt thou know, O vain man, that faith without works is dead? Was not Abraham our father justified by works, when he had offered Isaac his son upon the altar? Seest thou how faith wrought with his works, and by works was faith made perfect? And the scripture was fulfilled which saith, Abraham believed God, and it was imputed unto him for righteousness: and he was called the Friend of God. Ye see then how that by works a man is justified, and not by faith only. Likewise also was not Rahab the harlot justified by works, when she had received the messengers, and had sent them out another way? For as the body without the spirit is dead, so faith without works is dead also. James 2:19-26

Believing there is one God is a good thing, but without acting on that belief, we are no better than the devils, or a dead body. In the stories of Jesus casting out devils, the Gospels themselves record that the demons not only believed but also openly confessed that Jesus was “Christ, the Son of God” and “the Holy One of God” (Luke 4:34, 41). God wants more from belief than a mental or verbal admission of the truth.

Works of the flesh, or acts of faith?

The great chapter of faith in the Bible, Hebrews 11, from which the opening quote of this article comes, is full of the many acts of God’s people that were accomplished through faith. Abel offered a “more excellent sacrifice”; Enoch’s life “pleased God”; Noah “prepared an ark”; Abraham left his own country and offered up Isaac; Moses chose to “suffer affliction with the people of God” and forsook Egypt, marching through the Red Sea and the wilderness; Joshua conquered the city of Jericho. “Through faith”, we read, there were many more who “subdued kingdoms, wrought righteousness, obtained promises, stopped the mouths of lions, quenched the violence of fire, escaped the edge of the sword, out of weakness were made strong, waxed valiant in fight, turned to flight the armies of the aliens”. These acts are recorded not as dead works in opposition to faith, but as examples of living faith – belief which has been activated and brought to life. It is from this chapter that we get the verse quoted at the beginning of this article, about the faith which pleases God. The verse which follows it reads,

By faith Noah, being warned of God of things not seen as yet, moved with fear, prepared an ark to the saving of his house; by the which he condemned the world, and became heir of the righteousness which is by faith. Hebrews 11:7

For by grace are ye saved through faith; and that not of yourselves: it is the gift of God: Ephesians 2:8

The salvation of Noah and his family, their deliverance from the flood, was a gift. The concept and pattern of the ark itself was a gift. They were saved by faith, becoming heirs “of the righteousness which is by faith”. But they were also saved by preparing an ark through faith – no small task. Being saved by grace, and having the righteousness which comes by faith, does not exclude the act of building an ark, or following God’s instruction. They are, in the case of Noah, inseparable.

Both Abraham and Noah, in the passages above from Hebrews and James, are said to have fulfilled and demonstrated the “righteousness which is by faith” because they acted in faith, obeying God’s instruction for them. Remove the acts of faith from Hebrews 11, and the great chapter of faith will disappear. Remove the acts of faith from the passage in James, and, as James said, we will remove the spirit of life from the body.

Belief in God and his goodness then is the first step, and the ongoing and overall motivation. This belief saves us not of itself, but by motivating us to do what God wants. If an initial belief that God exists and that Jesus Christ is the Son of God does not lead us to an active repentance and a diligent seeking for forgiveness, it does not result in a remission of our sins. If an ongoing belief in God does not motivate us to continue in his ways, it does not profit us.

The example of the physician

Jesus once likened himself to a doctor come to save the spiritually sick. The parallel helps us understand how saving faith really works. If we were bitten by a deadly snake, for example, most of us would seek out a doctor very quickly. We would do so because we believe a doctor can save us. A good doctor would provide and administer an appropriate antivenin and save our life.

But if in this example we said we were saved by our belief alone, we would not be right. Simply holding a mental belief in the doctor, however fervently, would not save us of itself. There is no question that belief in the doctor is fundamentally important, (particularly if we lived in a time or place where a modern doctor was unknown). It is not only the first step on the path to being saved, but it drives our actions all the way through the process, from our decision to approach the doctor, right up to where the antivenin is administered by the doctor and physically counteracts the venom. Belief is the envelope in which everything else is done. The patient can truly claim to be saved by faith, but they cannot claim to be saved by faith without the antivenin. Similarly, being saved by faith does not have to mean being saved without God’s Holy Spirit, or repentance, or baptism in water – all of which are inseparable from the stories of people being saved in the New Testament.

Consider these things: repentance, baptism in water, receiving the Holy Spirit, and obedience to God’s Word. All require belief, and all are motivated by belief. Belief stirs us to repent. It moves us to be baptised in water in repentance, admitting our sins, and burying our old life in commitment to Christ. It causes us to diligently seek and to pray for the forgiveness of our sins, and the Holy Spirit which Jesus promised. It inspires us to follow God’s instruction and direction throughout the remainder of our lives. It is the context in which we do what God wants.

But while belief is the context in which we get saved, and the motivation which drives the process, it is the receiving of God’s gift of the Holy Spirit, which Jesus Christ pours out upon us, which is God's down-payment, pledge, and seal of eternal life. The Holy Spirit is administered by the spiritual doctor, Jesus Christ. This is why Jesus referred to the Holy Spirit as the “living water” and the water of “everlasting life” when he spoke to the woman at the well in Samaria (John 4) and to the crowds in John 7:

In the last day, that great day of the feast, Jesus stood and cried, saying, If any man thirst, let him come unto me, and drink. He that believeth on me, as the scripture hath said, out of his belly shall flow rivers of living water. (But this spake he of the Spirit, which they that believe on him should receive: for the Holy Ghost was not yet given; because that Jesus was not yet glorified.) John 7:37-39

They believed, but their sins were not remitted

When the crowds on the day of Pentecost came to believe that Jesus was “Lord and Christ”, the apostles told them, “Repent, and be baptized every one of you in the name of Jesus Christ for the remission of sins, and ye shall receive the gift of the Holy Ghost.” (Acts 2:38).

When Paul saw the vision of Jesus on the road to Damascus and also came to believe Jesus was the Christ, Jesus told him to go into the city where he too would be told what he should do. Ananias met him there three days later and, explaining that Jesus had sent him “that thou mightest receive thy sight, and be filled with the Holy Ghost”, he also said “And now why tarriest thou? arise, and be baptized, and wash away thy sins, calling on the name of the Lord.” Paul had probably believed that Jesus was the Christ for three days by this time, but his sins were not washed away. He too needed to repent, to be baptised calling on the Lord, and to receive the Holy Spirit.

If we believe that Jesus Christ is the Son of God, and that what the Bible says about him is true, we also need to act. We need to repent. We need to be baptised in his name with a view to receiving the forgiveness of sins. We need to pray to receive the baptism of the Holy Spirit which Christ promised. Only then, when we have been “born of water and of the Spirit”, can we say that faith has saved us.

And it came to pass, that, while Apollos was at Corinth, Paul having passed through the upper coasts came to Ephesus: and finding certain disciples, He said unto them, Have ye received the Holy Ghost since ye believed? And they said unto him, We have not so much as heard whether there be any Holy Ghost. And he said unto them, Unto what then were ye baptized? And they said, Unto John's baptism. Then said Paul, John verily baptized with the baptism of repentance, saying unto the people, that they should believe on him which should come after him, that is, on Christ Jesus. When they heard this, they were baptized in the name of the Lord Jesus. And when Paul had laid his hands upon them, the Holy Ghost came on them; and they spake with tongues, and prophesied. Acts 19:1-6

Have you received the Holy Spirit since you believed?

Belief must lead us to repent. Read more …