The Fulness of the Nations 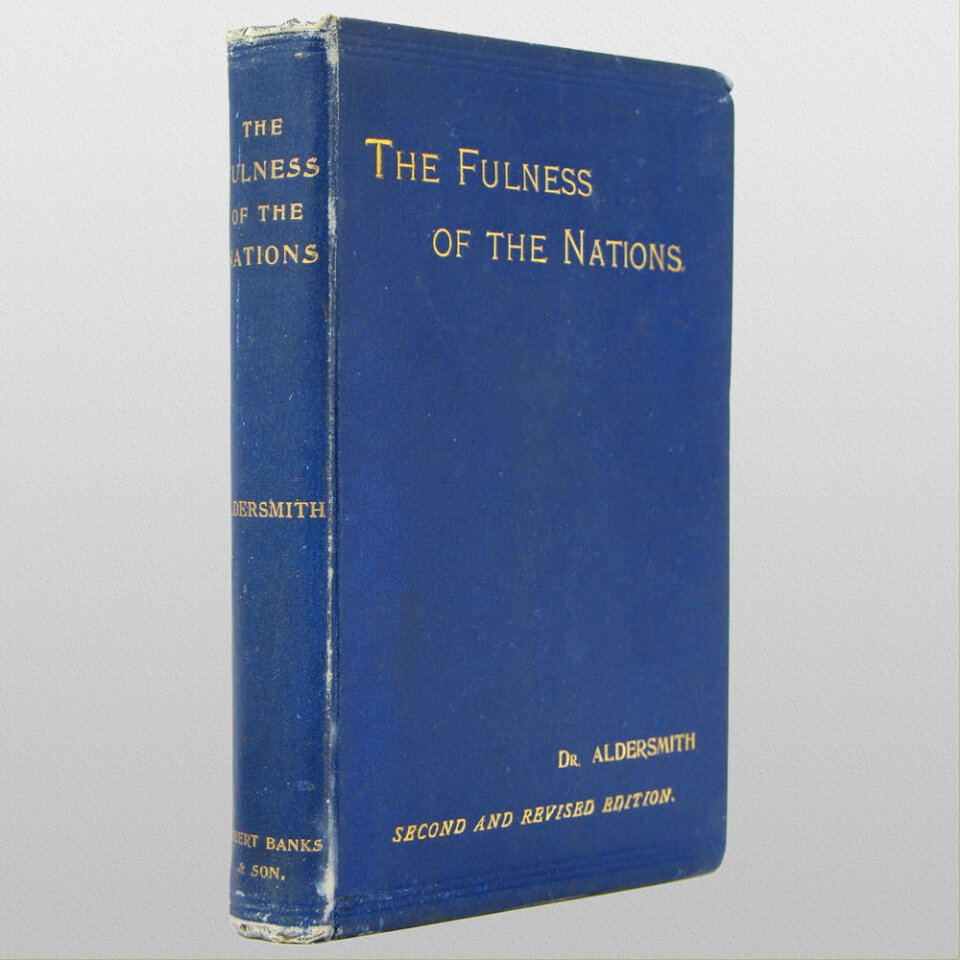 The Fulness of the Nations focuses on the national promises to Israel. The writer, Aldersmith, originally considered this message to be “erroneous and foolish”. A deeper study of the subject changed his mind.

This book successfully pointed to the year 1917 as a possible end to the Seven Times punishment, and suggested this time might see Jerusalem cease to be trodden down by the gentiles, and the Jews returned under the governance of the British peoples.

The book deals with the prophecies given to Abraham, David, the literal House of Israel and House of Judah. It outlines what the Bible actually says about the destiny of the whole twelve tribes, and the order and times in which the prophecies concerning them must be fulfilled. The argument is ordered and logical.

This book includes Anglo-Israel teaching. For those who have never heard of the Anglo-Israel message, (the belief that the Saxons originated from the very same place and time in which the Ten Tribes were lost to history and may be the same people) this book may be a surprise. For those who have heard of the teaching, it is worth noting that the specific purpose of this book was not to prove that Britain is Israel. In fact, in the first edition, Britain was not mentioned at all. You will find many of the arguments here concerning the destiny of the whole twelve tribes those upheld by other historicist authors.

This book is an excellent scriptural introduction to the promises concerning the kingdom of Israel.