Light for the Last Days 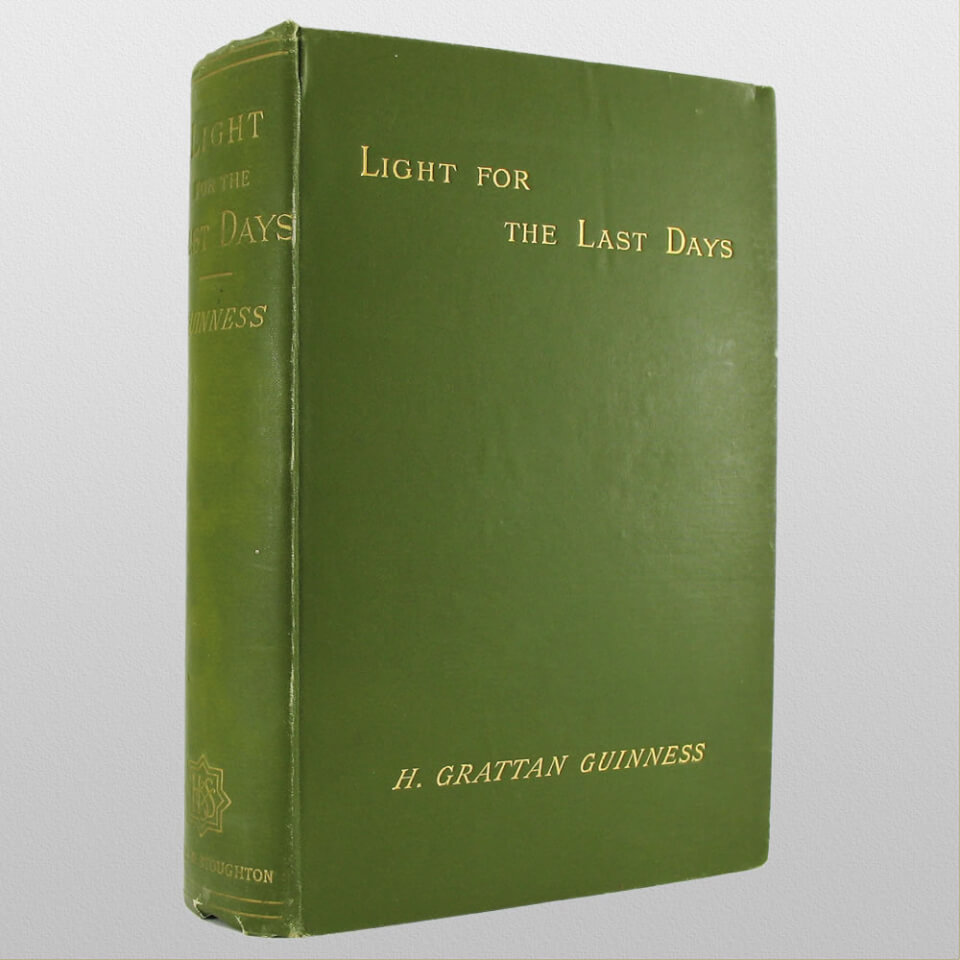 Light for the Last Days, first published in 1887, deals with the great Seven Times prophecy and other prophetic periods and covers the history of the last two-and-a-half thousand years. Its focus is on the chronology of the prophetic times, and shows that the time periods of the major prophecies often have various beginning and ending points, and also depend on the length of the year used: solar, lunar or calendar.

This book also examines the nature of the restored kingdom and the Millenium from both Old and New Testament scriptures.

In Light for the Last Days, Guinness pointed to the year 1917 as an important date to watch in the fulfilment of the Seven Times prophecy. He noted that this date was marked from two points: 2520 solar years from the accession of Nebuchadnezzar, and 1335 lunar years from the rise of Mohammed.

The book itself actually played a part in the history of the eventual deliverance of Jerusalem. When Allenby was given the task of taking Palestine in 1917 he did not think much of his chance of success. Another general, Sir Beauvoir de Lisle, consoled him with the predictions in this book. A later newspaper tribute to him notes “Allenby was much impressed by a prophecy which was to prove so remarkably accurate.”