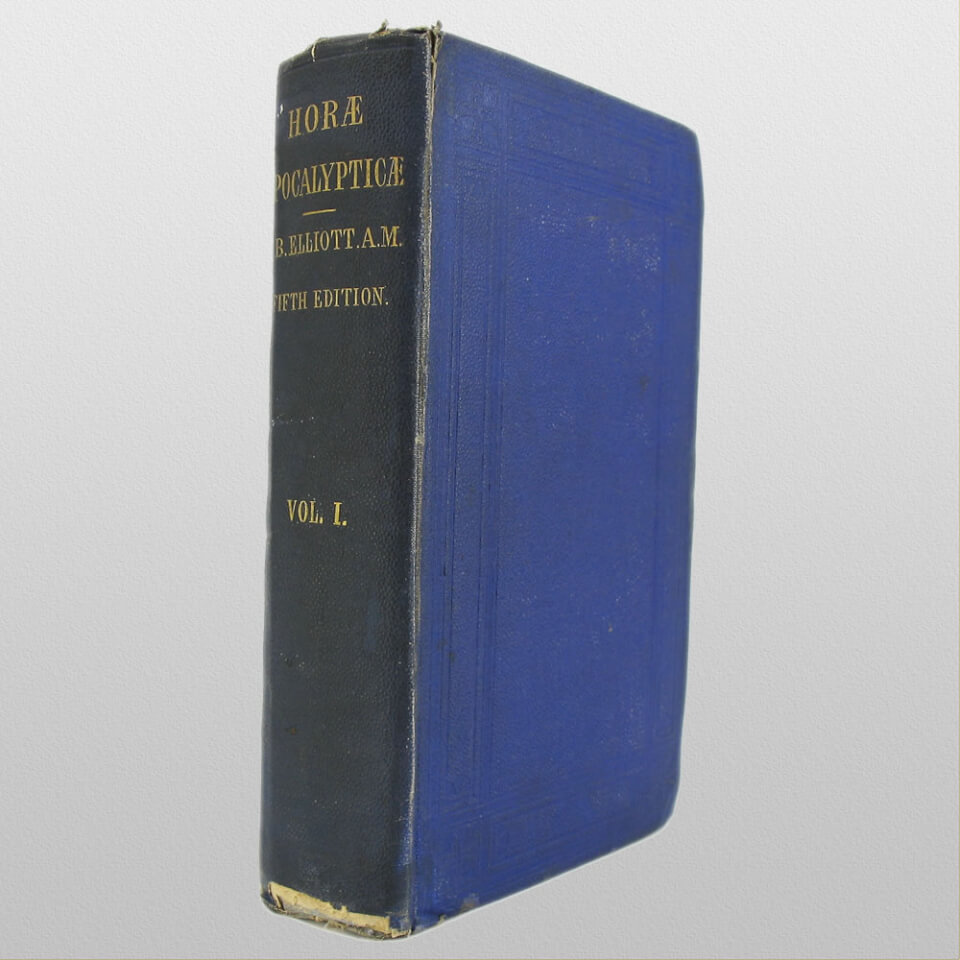 Horæ Apocalypticæ was first published in 1844. The work comprises four volumes and the book provided here is the fifth and last edition before Elliott’s death in 1871. The title means Hours with the Apocalypse. It is an exposition of the book of Revelation and related prophecies in Daniel and the other prophets.

Horæ Apocalypticæ is considered the “standard” historicist work on the book of Revelation, and the interpretation is generally followed by many subsequent authors down to our own day. Grattan Guinness considered it “the most important and valuable commentary on the Apocalypse which has ever been written” and writes, “Elliott’s Commentary was practically the work of the lifetime of one of the most learned and laborious expositors of modern times. Like Gibbon’s ‘History of the Decline and Fall of the Roman Empire,’ to which it frequently refers, it stands alone in its sphere, as a monumental work of surpassing value.”

Albert Barnes, who wrote a very good commentary on the book of Revelation around the same time, follows Elliott very closely (though Barnes’ views on the millennium in our view need caution; he was not a premillennialist—most of Albert Barnes’ commentary can be obtained with the free E-Sword Bible program).

The Horæ Apocalypticæ was called into existence by futurist attacks on the historicist interpretation of prophecy. It contains many useful appendices including a full history of the various interpreters and interpretations of the Revelation from early church times to Elliott’s own day.


The following is a brief summary of the historic interpretation of the seals given in this book:

The visions of the beasts are interpreted as the various aspects of Rome, pagan and papal, and the vision of the “little book” as the era of the Reformation and re-publication of the Bible.

This book provides a wealth of historical evidence, including some 10,000 references and footnotes, and many engravings of coins and medallions.